How do our customers master successful project planning in awork? In this article you will get a guideline and practical hands-on tips using the example of the media manufacturer team tietge.

team tietge is a colorful, cheerful mix of agency, publisher and digital communications service provider. The team publishes magazines like #heimat, writes books, programs online stores and apps, does image and advertising campaigns, and much more. Christian Kreft, who heads team tietge’s online department, reveals why and how project planning with awork works.

Why the tool decision fell on awork

At team tietge, different teams from the marketing, tech and project management departments work together. The challenge: to find a tool that is versatile and can be used across different topics. In addition, it should be flexibly adaptable to processes and preferences in order to cover the company’s various workflows – and be especially suitable for the area of corporate publishing.

Tools for managing projects are a dime a dozen. However, many tools that team tietge tried out were too complex. Usability suffered from the multitude of features and processes became confusing.

awork combines a simple UI and usability with numerous options for customization to their own processes. The switch enabled team tietge to collaborate across departments with transparent communication.

“We particularly appreciate the high flexibility of awork. This allows each department to use the system in the way that works best for them individually.”

Christian Kreft is leading the online department of team tietge. 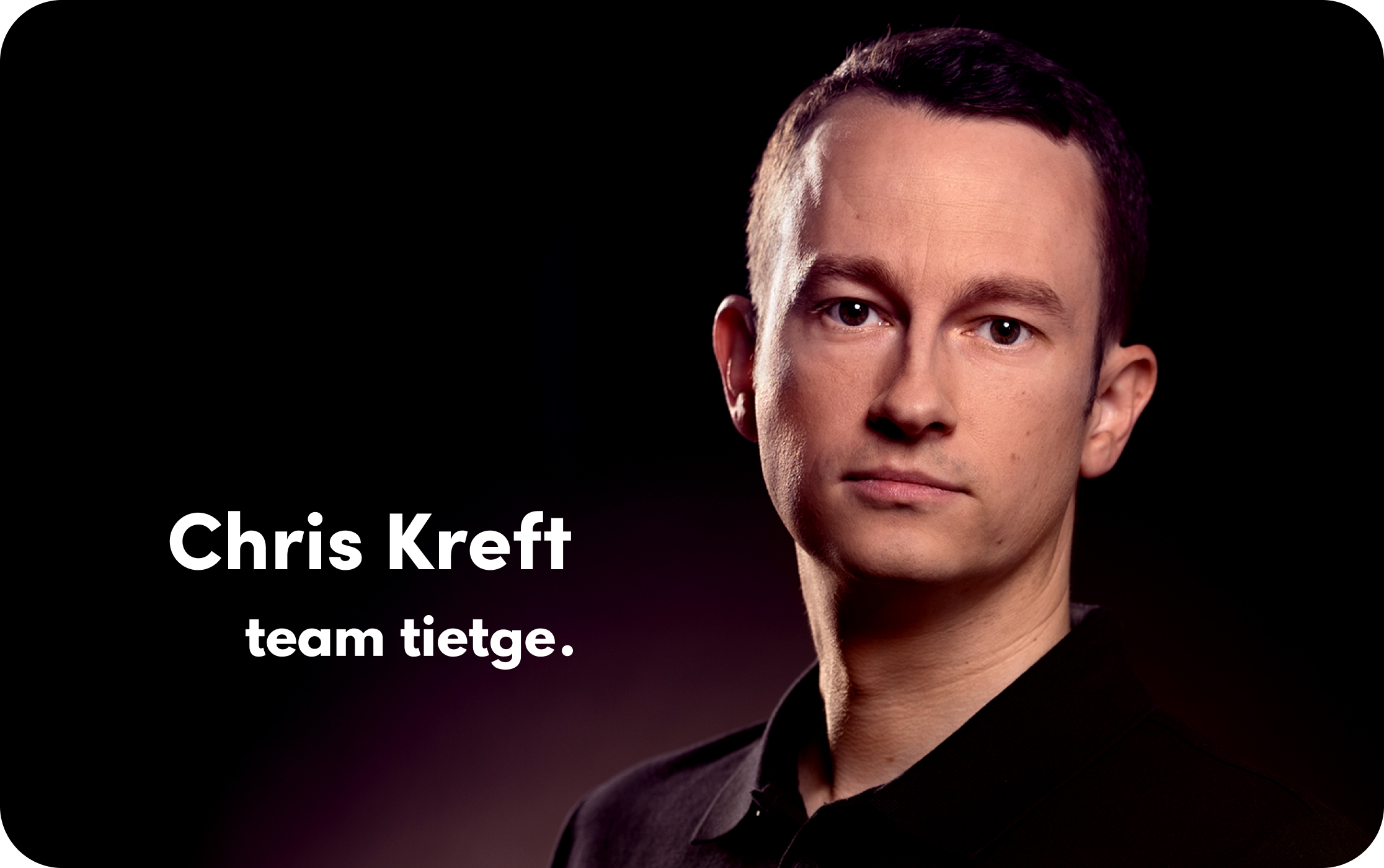 According to Teamlead Christian, three aspects have improved at team tietge thanks to awork:

When Christian creates a project in awork, he decides between agile mode and waterfall mode depending on the project type and goals.

When details of the project emerge over time and there is no fixed schedule, team tietge uses agile mode. For these projects, they are guided by the working hours that are available rather than fixed deadlines. They also use this mode when managing long-term projects that run over several years.

The waterfall mode is used by team tietge when they already know deadlines and fixed responsibilities quite well – so in this case the time factor is important to them. An example project in waterfall mode at team tietge is their project “Hinz & Kunz”. Since they need more security and a very precise overview of costs in this project, the waterfall model is suitable.

When you create a project, you can add important information for your team in the project details – for example, the project description, the editors, budget and deadline, and so on.

At the start of the project, team tietge turns on the autopilot, which sends automatic mails as a reminder when, for example, deadlines are exceeded or the end of the budget is approaching. For Christian’s team, the autopilot makes work much easier, because even in stressful times, nothing falls by the wayside.

Christian’s tip: Assign a number combination to each project to find it faster in the search. 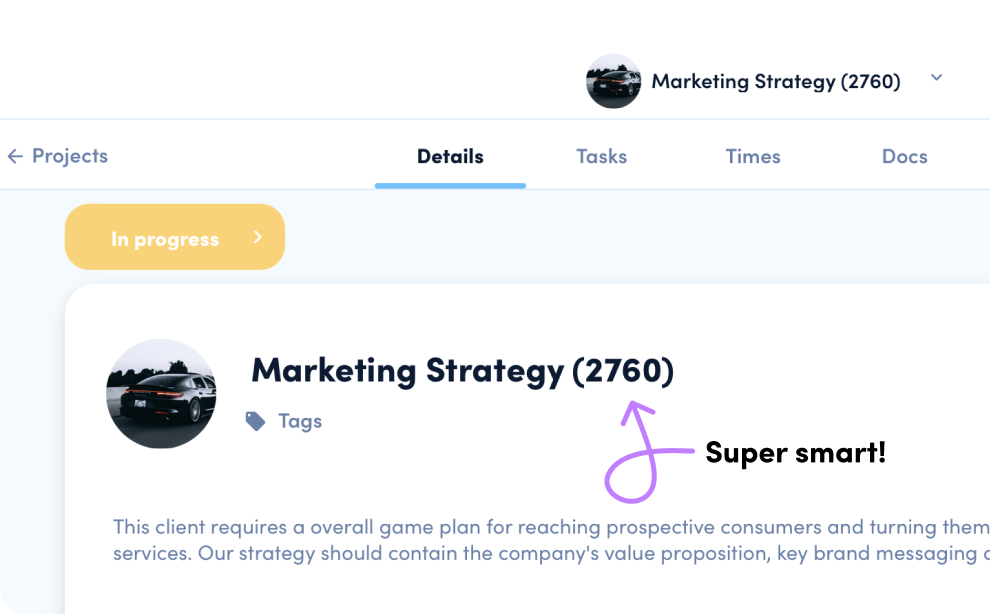 If you’re working on multiple projects at the same time, it’s a good idea to assign a combination of numbers to each project. Christian’s team structures each project with a certain combination of four numbers (for example, the 5 in the combination 5485 could stand for jobs that are currently active, the 4 for an external project, etc.). team tietge can thus not only find the respective project fixed in the awork search, but also recognize references in other systems more quickly.

The next step: create project plans and adjust them flexibly. team tietge uses all three task views in awork: List, Kanban and Timeline. How do they go about it?

When starting a new project, the team always starts in the list view to do the rough outlining. Christian collects all the information about the project by first writing down all the points and thoughts. He usually uses a list to do this.

In team tietge’s editorial teams, the steps to a print-ready magazine are often similar. In addition, they are very small-step – so it would be an immense amount of work to create everything individually. While other tool attempts failed here due to the high effort and slow processes, awork convinced the team: In awork, they can easily create task and project templates and reuse them for similar processes.

After all tasks have been created in lists, the individual elements are structured hierarchically. This is how Christian does it:

With the help of the subtasks in awork, team tietge can also break down larger tasks into smaller steps. Christian points out, “The subtasks are also a great help when we work with new hires. They often need a very detailed briefing when working on their first projects. At this point, as a team leader, I can fully rely on awork: New colleagues* also know exactly what needs to be done and can successfully handle upcoming tasks.”

For example, the team has divided their website project “Hinz und Kunz” into the lists Acquisition, Management and Graphics. Within these lists, they create tasks and fill them with task descriptions, subtasks, deadlines and agents. In this case, the task Team / Office contains the subtasks Design and Release.

When running agile projects, the team now moves from lists to boards. They are flexibly adaptable and create high clarity.

The awork Kanban boards give you the perfect overview of your to-dos even in agile projects. 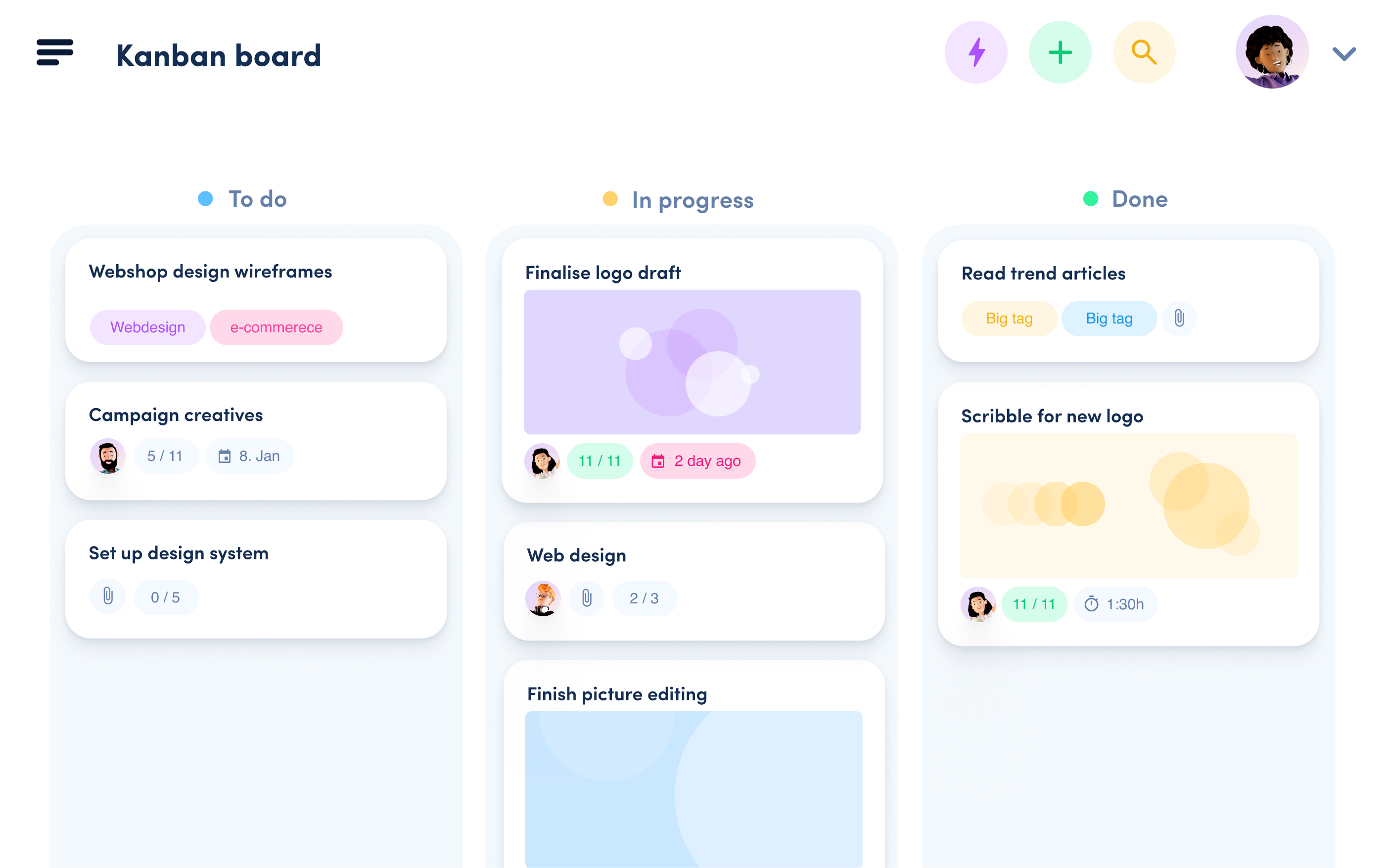 For time-critical projects, team tietge switches from the list view to the awork timeline in order to dedicate themselves to the time planning of the project. They provide tasks with dependencies to make it transparent which tasks are the basis for other to-dos. They also use milestones as intermediate goals for their projects. By jumping into the timeline, team tietge can also define and flexibly adjust the chronological course of their project – including milestones, dependencies & co.

After Christian has created all tasks and, if necessary, visually linked them in the timeline, he looks at the workload of his team.

To answer these questions, team tietge organizes itself with team planning in awork. Christian gets an overview of all capacities and distributes the to-dos to the appropriate employees.

In this way, team tietge can avoid possible overload of individual team members and thus reduce delays in projects and tasks. With the awork planner, Christian can easily add new to-dos to the calendars of his team members and has exactly on the screen who still has capacity.

“The big advantage about team planning is that we can see exactly whether the planning can be practically implemented at all based on the workload of the individual team members.”

4. The project is running: communication in the team

Christian and his team map a large part of the internal communication as well as the customer communication centrally in awork. Their simple motto is: if it’s not in awork, it doesn’t exist. This makes it easy to find messages quickly and saves email chaos.

The comment function in tasks is particularly practical for her when information is important for several team members working on a project.

A tip from Christian that has proven itself at team tietge: The person who requested a task/topic is the only one who gets to set it to Done at the end. This makes the completion of to-dos transparent.

Transparent communication – even in the home office

Due to the Corona pandemic, many well-rehearsed processes that only worked in personal communication could no longer be implemented. When Christian switched to a home office, he and his team had to find out where everyone stood and who was responsible for which to-dos.

awork was a game changer for the team: Christian can also delegate tasks to his team remotely and give clear briefings with the help of task descriptions. The task comments are used by team tietge for feedback or to discuss the current status of tasks.

„A great tip for agencies that plan their projects in awork: With the web app, your awork works even faster and looks really cool! With Chrome or Edge you can easily install the awork web app – how to set it up easily with a few clicks can be found in the help center.”

Powerful project planning in a tool like awork makes it possible to display all to-dos, deadlines and resources clearly and to keep an eye on them. This way you not only rock your projects, but also improve your teamwork – just like team tietge did.

Stay up to date

Subscribe to our blog to be informed about new features and developments.